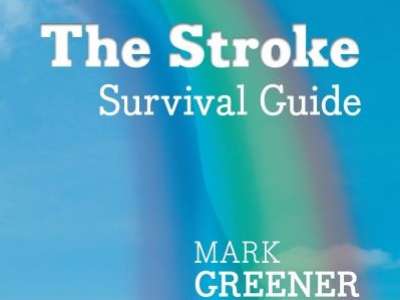 This book covers the genealogy of stroke and its pathological impacts on individuals. It discusses in depth the causes of stroke; several types and categories of the effect on an individual’s body and organs; and the associated impact on motor co-ordination and cognitive function. Basically, the book can be described as a stroke prevention and management manual.

Stroke is historically known as a serious life-threatening medical condition associated with either the interruption/obstruction of blood flow into part of the brain resulting in the starvation of oxygen and nutrients in the brain (known as ischemic stroke) or bleeding in the brain (known as brain haemorrhagic stroke). Thus, genealogically, brain and blood movement/flow are the major players in stroke occurrence. Strokes are critical medical conditions that require emergency treatment as soon as possible. The medical terminology for a stroke is cerebrovascular accident (CVA).

A CVA is described by the author as a devastating condition that could partially or permanently change survivors’ physical abilities and capabilities and/or personality, depending on the area(s) of the brain affected. The likely effect and impact of a stroke on an individual critically depends on the speed at which emergency treatment is received.

The impact of a stroke on an individual generally depends not just on the area of the brain affected but also on the number of brain cells within that segment which are damaged, resulting in a range of pathologies including compromised dexterity, abnormal posture, muscle spasms, or impaired cognitive function; it can even cause death.

The causes of stroke are extensively discussed, and are generally related to:

The risk factors associated with stroke are also analysed in detail, and possible risk reducing factors include:

The treatment and rehabilitation of stroke survivors are discussed, and evaluations of available medical technological interventions are provided. The book also analyses useful health and well-being information, and advises on life after stroke.

Overall the book addresses most of the issues relating to stroke, and contains substantiated health and well-being information about daily living for stroke survivors and their families/relatives, friends and carers. Whilst mostly of use to stroke survivors and their families, the book contains a wealth of useful information of value to health professionals and other stakeholders.