The Health Gap by Michael Marmot 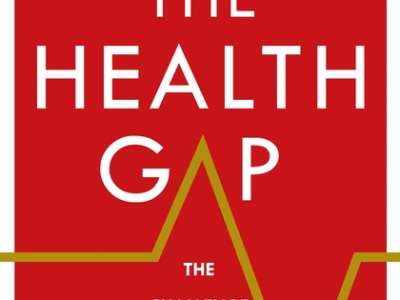 As a junior doctor, Michael Marmot established that conventional medicine was failed prevention. He observed patients coming back time and time again for treatment, and decided that he wanted to stop this re-occurrence. He noted that, to truly understand disease, you have to look at the society people live in and see how problems within society manifest into physical problems.

Now a physician and epidemiologist Marmot's book, The Health Gap, is a collection of findings from research he has carried out over the past 40 years; research which explores how inequality can be intrinsically bad for health outcomes.

The main finding presented in The Health Gap is that health and social status are linked, no matter where in the world you live. Marmot calls this link “the social gradient in health”. Repeatedly he found that health is not just determined by how much exercise an individual does, nor what their genes dictate; it’s influenced by social environment. He describes his well-known study of British civil servants, The Whitehall Study, which showed that, among people who were neither rich nor poor, the higher the position in the hierarchy the better their health was, and that this trend ran from the top of the hierarchy right to the bottom - the social gradient of health. The results of The Whitehall Study suggest that it is not only the richest and the poorest who are affected by this gradient, but that everybody in between is affected. Everyone below the top has worse health than they would have if they were at the top.

The Health Gap acknowledges the importance of improving the economy, and all things that comprise “the conditions in which people are born, grow, live, work and age” – i.e.  the social determinants of health. Marmot is consistent with this message throughout the book, as most of the chapters delve into determinants which he considers a priority to be addressed, such as early childhood development, education, and employment. He emphasises that it’s not just about improving health — it’s about improving society to equalise chances in life.

Although this seems quite a bleak outlook, the later chapters send a slightly more optimistic message to the reader: there is much that can be done to address the problem. Marmot tells us what we should be doing to decrease the gradient, giving the example of a general practice in East London which is based in, and closely linked to, a community centre offering services like language classes, counselling, and how to do a job interview. A GP from the practice was asked why they were offering these services when their job is to treat the sick, and the answer was clear “how can you help improve someone's health, if you can't help them find a job?”.

As a health professional, Marmot feels that we should all be helping to improve the social gradient of our clients as well as treating them. He suggested that we should work across sectors like the GPs in East London are doing and, for example, not treat a patient who is homeless without also tending to their homelessness.

It is understandable why Marmot gives these suggestions even if the feasibility of putting them into practice is dubious.  Funding, extra resources, and easy access to other services would be required to carry out his recommendations; in reality these are not easy to come by.

The Health Gap is filled with information and the data to evidence findings, and Marmot's style also makes you feel that he's having a conversation with you. He presents his ideas in an intelligible and understandable way, and is surprisingly funny at times. The book is not generally a light read however.  It is also quite lengthy and full of statistics, and the author tends to repeat some of his points for emphasis, which can make it difficult to absorb in large chunks.

The ideas in the book are interesting and provocative, and I would say it is very important for anybody with an interest in healthcare to read it. We may not normally be involved in the aspects of healthcare highlighted by Marmot, but we can certainly try to help find a way to reduce the health gap in our own work as much as possible.