A psychologist’s journey into occupational therapy 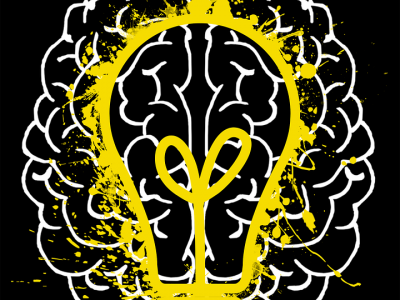 Background to the project

This project arose because practitioners in the South Wales Posture and Mobility Service (SWPMS) noticed that service users frequently did not use specific features on their wheelchairs, despite them being added for posture management and prevention of pressure ulcers.

The occupational therapists (OTs) in the team were interested in this because a growing body of evidence suggests that these features (tilt-in-space, recline and elevating leg rests) are clinically effective, and lack of use can lead to negative health benefits and/or additional costs to the NHS beyond the features themselves. The OTs wondered if there were psychological barriers which could explain users’ apparent disregard for clinical advice.

The psychologists in the team were interested in applying psychology theory to real problems, and felt that, in this case, social psychology might explain what was happening. This is because social psychology examines a person’s choices within the contexts of the influence of others, personal motivation, and experience or history.

To look at this further, we obtained funding from the Posture and Mobility Group (PMG) research fund and recruited a research assistant to the team.

What we did and what we found

We spoke to several users of powered wheelchairs, both male and female, and of different ages.  We interviewed them using themes that came out of previous psychological research and put this into context by asking about their backgrounds.  The users had a range of wheelchair features, including tilt-in-space, recline, elevating leg rests and seatbelts.  We approached people at support groups and through related organisations and Leigh (the fourth author) conducted the interviews.  The main findings from this were that users had very different experiences of being fitted for their chair features and not all of them fully understood the clinical benefits.  Even if they did, for some users the functional benefits of these features were more important, and they would work around something which was difficult or non-functional to make things easier.  We also found that users’ previous experiences and expectations sometimes affected the way that they engaged with their features.

Surprises along the way: what we have learned as psychologists

As psychologists, we’re used to the importance of having a strong theoretical basis to our work and we felt that this would be straightforward, because a lot of theory existed to explain health-related behaviours.  We started from the point of view that users’ experiences would clearly fit one perspective but, in fact, we found we needed to go beyond this to look at a second approach – and even to move away from research on health behaviour.  Our findings were explained more effectively when we considered how cyber psychologists and computer scientists explain adopting new technology.  So, we were naïve initially and found that users’ experiences were much more complex than we’d first considered.  As complete novices to the OT field, the process of prescribing, fitting and advising was fascinating, and we quickly became convinced that we needed to better understand this entire process if we were to fully grasp users’ experiences.  We’re not there yet – but we’re learning.

From an OT perspective, it was surprising to discover that understanding the clinical benefits of the seating functions was not enough to encourage service users to engage with the technology.  This research has highlighted how service users are much more likely to engage with assistive technology when there is a clear, functional benefit to its use; a practical, real-life application rather than simply clinical reasoning.  The interaction with psychologists and the use of social psychological theories to underpin and explain service users’ behaviour has had an impact on the way in which therapists approach their assessment, intervention and evaluation processes, albeit on a foundation level at this point.

It is hoped that further work with this team will inform changes and improvements to our practice enabling service users to engage with seating technology, its application, and the clinical benefits to a greater degree in the future.

We have a number of directions in which we would like to take this research. First, we would like to try and understand the impact of alternative methods of conveying and reinforcing information regarding the correct use of these features. We are also interested in the potential impact of new technology. For example, one possibility for reinforcing positive behaviours could be the inclusion of tailored feedback that occurs as a result of people engaging in certain behaviours (or not!).

As a result of our initial project we have managed to have discussions with not only wheelchair users but also therapists, equipment maintenance staff and manufacturers about the ways in which information is conveyed at different stages of the process. We are particularly interested in how all these parts of the jigsaw fit together, from the development of new technology, to users using it. We feel this will bring benefits to everyone involved in this process.

As academic psychologists, much of our time is spent considering theoretical perspectives in sometimes abstract ways. It is fair to say that we have learned a huge amount by engaging in research in an area outside of psychology to explore how people think, feel and act in the real world. Our experiences over the past couple of years have made us extremely excited about the possibility of collaborating and working in multidisciplinary teams to try and better understand these psychological and practical processes.

We are very grateful to PMG for the opportunity to engage in this research.

Ed. You can read the research paper here.