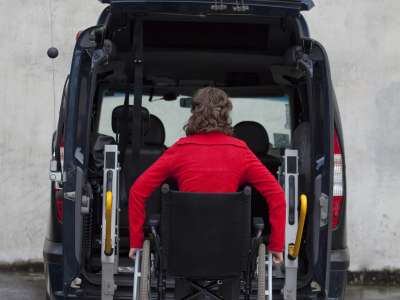 An anonymous, voluntary, online survey was conducted of members of the National Wheelchair Managers Forum during September 2014. The survey contained 10 questions on the British Standards Institute’s ‘Code of practice for wheelchair passport schemes’.   Awareness of the code of practice was found to be poor and there appeared to be little demand for passports from transport commissioners, including wheelchair users; after four years, implementation is patchy.  Despite this, most respondents thought that the code of practice would fulfil its aim of improving the safety of wheelchair seated passengers in road vehicles and clarifying roles and responsibilities.

In July 2010, the British Standards Institute (BSI) published the publicly available specification ‘PAS 900 Code of practice for wheelchair passport schemes’.  The PAS scheme is the BSI’s way of developing standards through a sponsored, fast tracked route. The work was overseen by their wheelchair technical committee (technical committee CH173/1) with additional expertise provided by Unwin Safety Systems and funding from Essex and Lincolnshire County Councils (BSI, 2013). The PAS was reviewed after two years, with some positive, though anecdotal, reports from users (Andrew, 2012). The full British Standard was published in July 2013 as ‘BS 8603:2013 Code of practice for wheelchair passport schemes' (BSI, 2013). Its stated aim is to improve the safety of wheelchair seated passengers in road vehicles by providing recommendations for the provision of key information in an easily accessible, reliable, and durable format and clarifying the roles and responsibilities of all parties engaged in the provision of wheelchairs, seating systems, and wheelchair accessible transport services.  The passport itself is intended to be attached to a wheelchair where it is clearly visible to the vehicle operator.  The code of practice costs £158 in paper or PDF format (BSI, 2013).The original PAS was available at a more reasonable price of £65.

The code of practice is 26 pages long. At the start, it explains the aims and scope and defines 32 different terms. For some unknown reason, the term ‘transport provider’ is used throughout the code of practice but is not defined. It seems to be used to mean the same as ‘transport operator’, which is defined.  The code of practice describes the process for creating a passport and the roles and responsibilities of those involved. It lists 40 plus things that should be included in the passport.  It also describes the design of the passport and provides an example template, although the template does not include spaces for all the information specified.  Finally, it includes an example of a risk assessment process and template.

The ‘prescriber’ is required to provide information on the prescription including instructions for the use of any postural support devices used in transport.  The prescriber should also be able to demonstrate that the risks have been reduced as low as possible and that they have a record of a risk assessment.

The manufacturer has similar responsibilities, as well as the requirement of providing details of compatible tie downs and labelling of securement points.  The passport itself is intended to be about 9 x 9 cm in size and contained within a plastic presentation style folder and attached to the back of the wheelchair where it is accessible for the vehicle driver to consult.

A short online questionnaire was developed and implemented using Survey Monkey (www.surveymonkey.com). The chair of the National Wheelchair Managers Forum (NWMF) agreed to our request to distribute the questionnaire to NWMF members, who are drawn from NHS services in England and Wales, and it was distributed on 16/09/14.  The survey was open for two weeks with a reminder email sent halfway through. Participation in the anonymous survey was voluntary, without compensation, and respondents could withdraw at any point.

NWMF estimated that the request was distributed to 50 people. (As some members represent local area groups it is not possible to give a definitive number.) A total of 18 people completed all or part of the questionnaire. The response rate was therefore estimated to be around 36%.

Table 2. Comments from respondents in relation to questions 7, 9 and 10 (additional comments).

The results for questions 3 to 5 are presented in Table 3.  The majority, 56%, of the respondents thought the code of practice will meet its aims whilst only 6% thought that it will not (question 3).  Just over a third

Table 3. The results for questions 3 to 4 that asked respondent to indicate the extent to which they agreed or disagreed with a statement.  The responses for ‘Strongly agree’ and ‘Agree’ have been combined and similarly for ‘Strongly disagree’ and ‘Disagree’.

The number of respondents in this study was comparable to that obtained in a previous similar survey (Dolan & Henderson, 2013) of NWMF members, being 18 and 20 respectively. Although this type of survey has limitations, it has the advantages of being very quick, easy, and cheap to implement.

All respondents thought that the £140 cost of the code of practice would hinder its widespread use.  It has since increased to £158. In comparison, only 73% of respondents in a previous survey regarding the more expensive (£173) standard on wheelchair vocabulary conducted in spring 2012 (Dolan & Henderson, 2013) thought that its cost would hinder its use; this may indicate that services are becoming more cost sensitive.

Only one respondent said that their service was operating a scheme. Although the code of practice is clear in that transport commissioners and not wheelchair prescribers are responsible for passport schemes, prescribers are well placed to run such schemes and are responsible for providing most, if not all, of the information required for the passport (as they will also issue the original manufacturer’s documentation along with their own). Only one respondent said that their service was planning to introduce a scheme, and four said they may. The former and three of the latter were aware of the code of practice (answering yes to Question 1) prior to undertaking the survey.

No one answered yes to whether or not their service had been approached by a ‘transport commissioner’ compared with 13 (81% ) answering no, whilst only 2 (13%) of responders were positive that transport providers were operating a scheme in their area.  Puwertec, a company who sell software specifically to manage the passport scheme, list 9 councils, 2 school areas, and 1 charity on its website that it claims are customers that are using the scheme (Puwertec, 2014).  In 2012, Unwin Safety Systems reported that 10 (unnamed) councils were using PAS 900 and 20 others were committed to it but were awaiting funding (Andrew, 2012). For comparison, the author conducted a Google UK (www.google.co.uk) web search on ‘wheelchair passport council’ in July 2014 and found 9 councils (in addition to those listed by Puwertec) in England and Wales that appeared to be using a wheelchair passport scheme of some sort.  In total, this indicates that only between 5-10% of councils in England and Wales are using a wheelchair passport scheme.

The code of practice is a comprehensive and detailed document and should be of value to anyone involved in the provision of wheelchairs and seating or providing transport for occupants seated in a wheelchair.  It contains some errors, as mentioned previously and, as every wheelchair user will have more than one transport commissioner and operator, any one wheelchair could have several passports attached.  The awareness and apparently availability of the code of practice is poor despite its being available for over four years prior to this survey.  There appears to be little demand for passports from transport commissioners, including wheelchair users, and implementation is patchy.

The aims of the code of practice are laudable but it appears to be questionable whether or not it is a priority compared to the other demands on those who have responsibilities in this regard. The code of practice, in common with all British Standards, does not have a legal status in the same way as acts and regulations; however, they can provide evidence of due diligence (BSI, 2014).

From the prescriber’s perspective there is little to fear as they are not required to provide wheelchair passports, and they should already be recording or have access to most of the information required, though some work may be needed to pull all the information together in a form suitable for issuing.  For best practice, individual wheelchair and seating services may wish to consider routinely providing the required information, collated together, with each wheelchair that is issued.

The International Best Practice Guidelines that were originally produced in 2010 are a valuable source of information for those seeking guidance on the transportation of wheelchair users (International Interdisciplinary Conference on Posture and Wheeled Mobility, 2013). These guidelines do not refer to the code of practice or wheelchair passport schemes in general. This is possibly because both documents were published around the same time. The guidelines do, however, state that ‘manufacturers of wheelchairs and seating systems should make information relating to the safe transportation of their products readily available and easy to understand’ and that ‘all stakeholders must engage in a multi-disciplinary approach to ensuring transport safety’ which are in agreement with the code of practice’s stated aim. It would be helpful if, when the International Best Practice Guidelines are updated, they are aligned with the code of practice and adopt the same definitions for any terminology used. This would benefit all those involved in transporting wheelchair occupants in vehicles and help to minimise confusion.